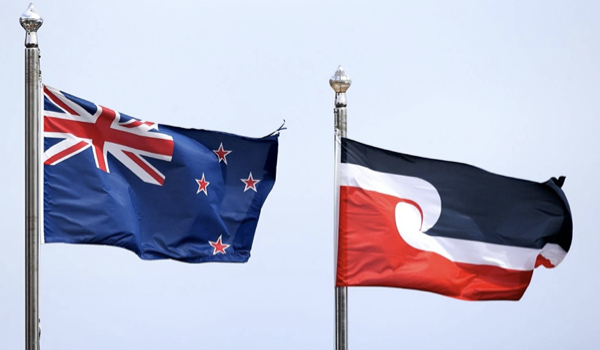 We should live together as one people, equal under the law, guided by the recognition and belief that we are one humanity on our shared planet.  We do not.

A recent Te Puni Kokiri paper (“Report of the working group on a plan to realise the UN Declaration on the Rights of Indigenous People in Aotearoa/New Zealand”), addressed to the Minister, ‘Te Minita Whanatekanga Maori’, tells how far the process has gone, just what is believed in, and where we are heading. This is available online at: https://www.tpk.govt.nz/docs/undrip/tpk-undrip-he-puapua.pdf.

The proposal is for separate systems for:

health: “a Maori-controlled agency, organisation or collective, with oversight and control of Maori health-related spending and policy”,

justice: “existence of a Maori court system based on tikanga Maori”,

governance: “a joint deliberative forum to consider a range of constitutional matters, including new governance institutions (e.g., Upper House, Maori parliaments)”; “develop partnership/joint governance bodies across government agencies”; “Maori decide whether and how they want to exercise rangatiratanga and authority to work towards equity, e.g., what services they want to take over”,

The separate systems in a divided nation are to be ruled by Maori, for Maori, but paid for the rest of us. There will be “support from Crown and local government for Maori exercising their rangatiratanga responsibilities”. Indeed, they demand that “the Crown dedicates additional resources to Maori initiatives and organisations across all sectors in a ‘mana-enhancing’ way”.

Maori cultural practices (‘tikanga’) are to be imposed. That includes priority to ‘whakapapa’ – to genealogy, line of descent and thus to relatives. This, the central role of the extended family, is regarded as the foundation of Maori cultural attitudes and behaviour.  In the public service the previous rule was that favouritism to a relative or friend was corruption.  Now any such action by a Maori is acceptable, indeed required of the Maori code of conduct.  We can be employed, and promoted, by race.

While the discussion might appear outlandishly radical, indeed ridiculous, this is establishment thinking, not from any way-out fringe group. The working group was established by Cabinet and they “draw on Cabinet-approved guidelines for engagement with Maori for this”.

The process has been building since 1975 with the explicit racial definition of Maori (“a Maori is a member of the Maori race”) and the formation of the Waitangi Tribunal – which has now been rewriting history and building separate identity and rights for 46 years.  The divisive UN Declaration on the Rights of Indigenous People – which contradicts the United Nations Universal Declaration of Human Rights, where the first article is “All human beings are born free and equal in dignity and rights” – was signed by a National Government and is held to by a Labour Government.  We are two divided people, separated into ‘partnership’.

This crazy apartheid system is no fantasy; it is firmly based in current law and political ideas.  Partnership is well established; we are emphatically two people, divided by race. This is what many Maori believe, the ideas and wishes that are guiding their actions and demands. It is what our youngsters are going to be taught. Is this the country you want?

Recently we interviewed Dr. John Robinson, former university lecturer, and research scientist and prolific author of books about the historical development of New Zealand. Here he tells us what inspires him to search for the truth.