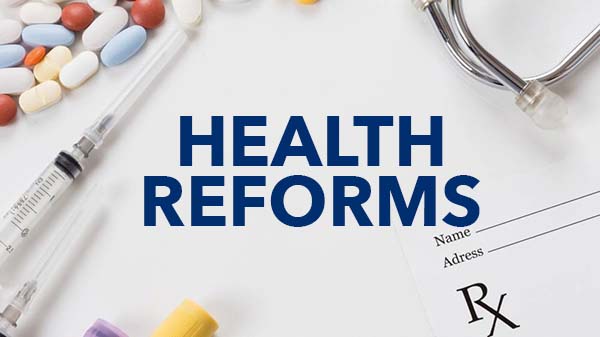 The recent Labour Government-led Health Reforms have resulted in the introduction of the Pae Ora (Healthy Futures) Bill.

This legislation will fundamentally change the structure of our health system. The bill's stated purpose is to provide public funding and provision of health services to protect, promote, and improve the health of all New Zealanders, and achieve health equity by reducing health disparities among New Zealand’s population groups. The objective of achieving health equity among New Zealand’s population groups, in particular for Māori, is the key driver of this new health system.

A critical feature of the Act is the change from delivery of publicly funded health services by DHBs to delivery by Health NZ (NZH) and a Māori Health Authority (MHA). It will also establish a Māori advisory committee at a national level and strengthen the existing iwi/Māori partnership boards at a local level.

The MHA, the Māori advisory committee and iwi/Māori partnership boards will focus solely on Māori health - access, experience and outcomes - while HNZ will have the obligation for the delivery of health services for ALL New Zealanders and will also be required to ensure equitable outcomes for Māori.

As HNZ and MHA have the function of jointly developing and implementing a New Zealand Health Plan, which will set the operational direction for the system, our publicly funded health system will be subject to co-governance. (He Puapua in action again?)

The Government makes it clear the Act is about meeting what it sees as Treaty obligations - showing a determination to put the interests of Māori ahead of their obligation to all other New Zealanders. In doing so Pae Ora will effectively institutionalise racial discrimination by creating what is intended to be a permanent structure promoting preference based on race. The legislation contemplates the permanent maintenance of unequal and separate rights for different racial groups. This conflicts with the Crown’s obligation to all New Zealanders to act in good faith, reasonably, fairly and with honour.

In addition to disregarding this obligation to us all, the proposed legislation will contravene the government’s obligations under the International Convention on the Elimination of All Forms of Racial Discrimination. Article 5 of this Convention, which New Zealand signed up to on 22 November 1972, provides that:

In compliance with the fundamental obligations laid down in article 2 of this Convention, States Parties undertake to prohibit and to eliminate racial discrimination in all its forms and to guarantee the right of everyone, without distinction as to race, colour, or national or ethnic origin, to equality before the law, notably in the enjoyment of the following rights:
(e) Economic, social and cultural rights, in particular:
(iv) The right to public health, medical care, social security and social services.

It is of concern that Māori citizens as a group are overrepresented in morbidity and mortality statistics. Our publicly funded health care system should find ways of trying to deal with this anomaly. However, with the aim of achieving equity, this bill does not consider the myriad of other factors that combine to determine the health outcomes of individuals. The 2019 Health and Disability System Review, Interim Report, commissioned by the government to ensure our future system achieves better and more equitable health and wellbeing outcomes for all New Zealanders states that:

“Although many people continue to consider health care in the context of clinical and medical care only, it is widely acknowledged that this accounts for only about 20% of a person’s health and wellbeing status. The other 80% arises from the conditions in which a person is born, grows, lives, works, and ages, including physical, cultural and natural environments, housing, education, the distribution of power and income, and health behaviours. The impacts of these can accumulate over a life time.” (p.25)

Pae Ora’s implications for the rights and interests of the wider community is of great concern. To gain an understanding of whether these concerns are justified, and to inform submissions to the Pae Ora Legislation Committee, we engaged Gary Judd QC to provide analysis and commentary on the proposed Act. After studying the bill, Mr Judd commented that a health service funded by the general taxpayer which gives priority to one section of society not based on their health needs (even though they may have health needs) but on their race is unfair, unjust, and contrary to the principles of a free and democratic society. His 38-page opinion highlights many issues with this race-based bill. You can find a five-page summary of his legal opinion here.

Below is an excellent speech from David Seymour on the establishment of this committee.

Please find below a copy of the submission we have made to the Pae Ora Legislation Committee. We have also asked to speak directly to the Committee, who will be holding oral hearings from 26 - 28 January 2022.