GOVERNMENT LEGISLATES AWAY A DEMOCRATIC RIGHT 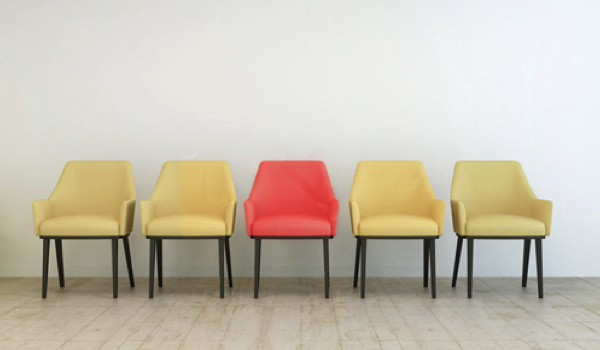 “Labour will ensure that major decisions about local democracy involve full participation of the local population from the outset.”  So pledged the Labour Party during the 2020 election campaign. Just four months later they have broken this promise in spectacular fashion, passing under urgency the Local Electoral (Māori Wards and Māori Constituencies) Amendment Act - thereby abolishing the right of local communities to petition for a referendum on Maori wards or constituencies.

Instead of standing by its word, Labour used Parliamentary urgency to do away with a democratic right. There was no national crisis to cause the Government to change the law retrospectively, under urgency, and with no proper consultation. Labour cut the normal Select Committee process from six months to six days and the time for submissions to be lodged from the normal 20 days to just two days. Despite the disgracefully short time frame there were over 12,000 submissions on the bill - of which 76 per cent were opposed.

You can view the oral submissions on the Bill by clicking HERE. A link to the written submissions is HERE.

In passing the legislation in such a manner the Government has trampled on the rights of those tens of thousands of New Zealanders who have signed petitions established under the law calling for their councils to hold a referendum on Maori seats. So much for Arden’s victory speech: “We will be a party that governs for every New Zealander”.  It appears what the wider community thinks is no longer important – they don’t count!

There is more to come - Minister Mahuta has warned that there is to be a second stage legislation to increase Māori representation in local government, which will be progressed in two stages over the next three years. This second stage will develop a permanent mechanism for local authorities to consider the establishment of Māori wards and constituencies.

Although the legislation has passed into law, we still have a voice!

We at Democracy Action urge you to send messages in opposition. Email the PM and Labour MPs to share your concerns about this development. And to National and ACT MPs to urge them to pledge to either remove Maori ward provisions entirely, or at the very least, re-instate petition rights. All MP email addresses can be found HERE.

Muriel Newman at NZCPR has written an excellent article backgrounding this issue. Please click HERE to read ‘The Abuse of Power’

The legislation extends the deadline for councils to consider Māori wards for the 2022 triennial local government elections to 21 May 2021. We are aware some local bodies are revisiting this option, to join the others who previously made the decision to establish Māori wards.  Please keep an eye out for this possibility in your area. We urge you to have your say to the council concerned. However, it appears you may need to be pro-active. As regards the establishment of Māori wards, many councils commonly seek out the views of the iwi and Maori communities but shamefully are less active in seeking feedback from the wider community - Wellington City Council being a case in point.

The following local bodies are currently considering the establishment of Māori ward/s:

Taupo District Council:  Residents and ratepayers will be invited to have their say at taupo.govt.nz/maoriwards, by emailing [email protected] or by sending written feedback to Sue Mavor, Private Bag 2005, Taupō 3352, from Friday, March 19 to 5pm Tuesday, April 6. Physical feedback forms will be available from all council offices and online for the duration of the feedback period. Click here for Taupō District Council website

Waipa District Council: Feedback is being sought about whether the community supports a Māori ward. See the Council website for information by clicking HERE. All feedback must be received by 5pm, 19 April 2021.

Whakatane District Council: The final decision for creating a Māori ward in time for next year’s local government election will be made at the end of April. A workshop for councillors is due to be held next week, followed by consultation with local iwi, and wider talks with the community. For the consultation timetable, see the report on the Representation Review and Maori wards 2021, at pages 113 -117 of the Council meeting agenda 11 March. The link to the agenda is available by clicking HERE.

Wellington City Council: “Today’s meeting (11 March) agreed in principle to establish the Māori ward at the next triennial election (2022) subject to consideration of feedback from the community. Targeted engagement with mana whenua and Māori will commence shortly”. Members of the wider community can provide feedback to the council through usual channels. N.B. Council staff will report back to the Strategy and Policy Committee on the results of the engagement by 13 May. It is recommended to provide your feedback well before this date.

Invercargill City Council: Invercargill council staff will prepare a report on the prospect of the Māori Ward for councillors to consider at the May 11 performance, policy, and partnerships committee meeting. Councillors will decide then if they will create a Māori Ward or not. For information on making a submission see the ICC Representation Review 2021 by clicking HERE.

Stuff: Invercargill City Council to decide on Māori Ward in May