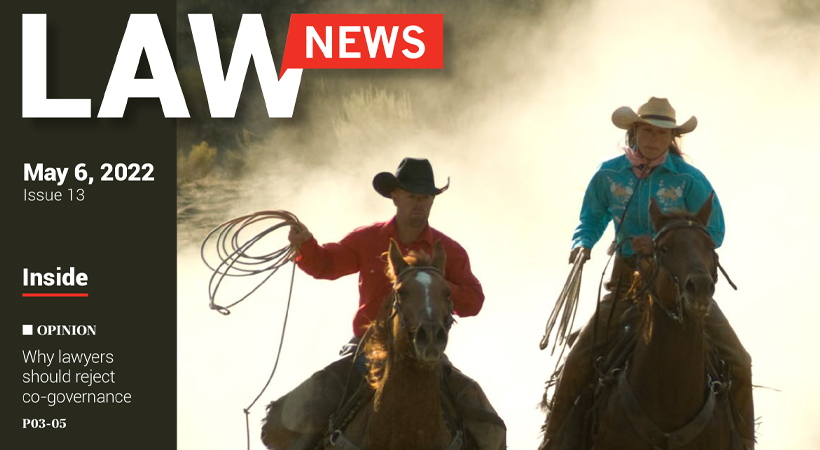 New Zealand is faced with a determined push for a momentous political change called co-governance, but really a devolution of power to an unelected tribal elite who have been described in Cabinet papers as ‘iwi/Māori’. Giving powers of veto and more, co-governance will enable iwi/Māori to impose their will on the ordinary people of New Zealand. Chris Trotter’s Co-governance: New Zealand’s own Catch-22 in LawNews (Issue 10) argues that we should surrender to coercion and avoid violent revolution. I say co-governance is wrong and surrender to coercion is wrong, but we should thank Chris Trotter and LawNews for unveiling the agenda.

Thomas Jefferson was educated as a lawyer and the law was the activity of his early years. He is best known as the principal author of the Declaration of Independence and one of America’s founding fathers. Amongst Jefferson’s Notes on the State of Virginia, written around 1782, are principles of a civilised society. He said: “Reason and free enquiry are the only effectual agents against error. … Reason and persuasion are the only practicable instruments. To make way for these, free enquiry must be indulged; and how can we wish others to indulge it while we refuse it ourselves.” If independent individuals use free inquiry and reason to persuade others, the right answer is more likely to be forthcoming. The consequences of suppressing free inquiry and demanding compliance are graphically demonstrated by historical experience such as when Galileo was subjected to inquisition and condemned to house arrest until his death in 1642 for the heresy of suggesting that the earth revolves around the sun. The dialogue induced by free inquiry, reason and persuasion helps to sort out the right from the wrong, the correct from the incorrect.

Trotter’s profoundly disturbing, indeed horrifying message is that the political and bureaucratic establishments’ submission to demands for co-governance is motivated by a desire to avoid “a full-blown revolution”. He says that asking the people, a referendum, would almost certainly halt the push for change and create “revolutionary conditions”. Trotter’s analysis, if correct, uncovers a sinister and unscrupulous use of the power of express or subtle threat working on the gullible, on those who think what’s happening is advantageous to them and on those who want to feel virtuous. Trotter appears to be in favour. He concludes: “If we’re wise, we’ll skip the fratricidal strife bit and go straight to power-sharing. There are worse things in this world than co-governance. Just ask the Ukrainians”.  As a pertinent aside, I don’t know why asking the Ukrainians would produce endorsement of power-sharing. They are fighting to preserve their freedom and demonstrating how precious is liberty. As the commentary by 15 ambassadors and high commissioners to New Zealand published in the April 23 Weekend Herald concluded, “the people of Ukraine are demonstrating that liberty, democracy, and human dignity are forces far more powerful than fear and oppression”. Trotter would have us believe that fear and oppression should prevail. He thinks we should capitulate. Despite those depressing ideas, I believe ordinary people of New Zealand no less than those of Ukraine hold dear the values of liberty and democracy. It is the ‘un-ordinary’ New Zealanders who congregate in Wellington, the universities and in various institutions including some within the legal profession, who would surrender the rights of ordinary New Zealanders to coercion from those prepared to use force to gain their ends.

Reason and rule of law must prevail

But my main point is that if co-governance is legitimate, it must be capable of justification through free inquiry, reason and persuasion. It must be possible to use reason to demonstrate that legal discrimination on racial grounds – using the law to place power in the hands of a group based on the race of that group – is okay.  If the proponents of co-governance knew they could succeed through critical thinking, reasoned argument and persuasion, it is to be supposed they would follow that path. Coercion would be unnecessary. This leads to what should be top of mind for all lawyers. As lawyers, we understand the rule of law. Compliance with the rule of law during his or her practice is a fundamental obligation of every lawyer who provides regulated services. We understand that disputes are to be resolved not by force or by threats of force – that is, by coercion – but by seeking justice according to law. The pursuit of justice according to law is a specialised subset of free inquiry, reason and persuasion. The rule of law is of a higher order than law. Laws, being man-made edicts, may be perverse. They may destroy that which they should protect. They may infringe the rule of law. The rule of law is not the rule of laws. Tyrants often exercise their tyranny through laws. Human rights, the rule of law and democracy are interlinked and mutually reinforcing. They are universal and indivisible core values and principles which cultural evolution has produced. A few steps forward, then a step backwards, but still steady progress toward a state of civil society where formal rules and institutions replace individual leaders, and every individual’s rights are respected. The rule of law does not prevail everywhere. In kleptocracies where it does not prevail, such as Russia, China and North Korea, fear and oppression are necessary to keep the ordinary people in line. Chris Trotter commences his article: “The laws of the land should come at the end of the political process, not at the beginning.” That cannot be true of a political process characterised by deception and coercion, and the political process cannot legitimise laws which infringe the rule of law. If they are enacted, they will still be illegitimate when judged by the standards of a civilised society. The rule of law is the foundation for a legitimate political process. A political process which contravenes the rule of law is an abomination. Constitutional reforms have attempted to rid society of it.

Philip Joseph On Constitutional and Administrative Law (5th edition, Ch. 2.3) records that New Zealand inherited as law in 1840 Acts of the Parliaments of England, Great Britain and the United Kingdom which included statutes of constitutional and historical significance. Section 15(2) of the Constitution Act 1986 revoked the residual power of the United Kingdom Parliament to legislate for New Zealand, but this revocation did not solve the problem of which pre-1840 imperial statutes still extended as law to New Zealand. This was resolved by the Imperial Laws Application Act 1988, an Act to specify the extent to which Imperial enactments, Imperial subordinate legislation and the common law are part of the laws of New Zealand.

Parliament declared that any Act of the Parliament of England, or of the Parliament of Great Britain, or of the Parliament of the United Kingdom listed in Schedule 1, is part of the laws of New Zealand. From the commencement of the 1988 Act all other imperial enactments are not part of the laws of New Zealand.  One of the imperial enactments in Schedule 1, under the heading Constitutional enactments, is part of Statutes of Westminster; The First 1275. The part confirmed to be part of New Zealand law provides: “the King willeth and commandeth … that common right be done to all, as well poor as rich, without respect of persons.” Magna Carta, much better known, was forced upon King John in 1215. It was reissued several times. C 29 of the 1297 reissue is a Constitutional enactment in Schedule 1. It states: “No free man shall be taken or imprisoned, or be disseised of his freehold, or liberties, or free customs, or be outlawed, or exiled, or any other wise destroyed; nor will we not pass upon him, nor condemn him, [deal with him] but by lawful judgment of his peers, or by the law of the land. We will sell to no man, we will not deny or defer to any man either justice or right.” So, we can see that about 800 years ago, the Crown commanded equality before the law, and subservience to the rule of law. Those commandments were painfully extracted, and pain continued over the centuries as the ordinary people sought to maintain them against the tyrannical tendencies of monarchs and others who have sought chiefly status and personal gain at the expense of the governed. These are among the constitutional precepts which became part of New Zealand’s law in 1840 when by Article 3 of the treaty all the ordinary people of New Zealand were given the same rights and duties of citizenship as the people of England. And, in 1988, when cleaning out the imperial legislation which was not to be part of New Zealand’s law, these provisions were expressly retained as constitutional enactments.

If Trotter is right, there are those within our society who are causing New Zealand to abandon the rule of law. Not just by the adoption of inequality under the law as an actively pursued political agenda, but also by the proponents’ use of coercion, not law, to achieve their ends. He says resistance “would lead inexorably to a civil war – the outcome of which would be far from certain” and suggests that those who resist are extremists. He has got it around the wrong way. It is not extremist to hold fast to principles and values. That’s what we should do. That’s what the Ukrainians are fighting for. That’s what New Zealanders have fought for, as we remember each Anzac Day.  On the other hand, it is extremist to advocate throwing principles and values away and, even worse, to use force and with inflammatory rhetoric to condone its use. Criminal acts and threats of violence are extremist, and it is extremist to advocate capitulation to criminal actions and threats of violence. In the name of our fundamental obligations to uphold the rule of law and to facilitate the administration of justice, lawyers must reject these evil and unhealthy developments.

This article was first published in Auckland District Law Society LawNews (Issue 13), on 6 May 2022