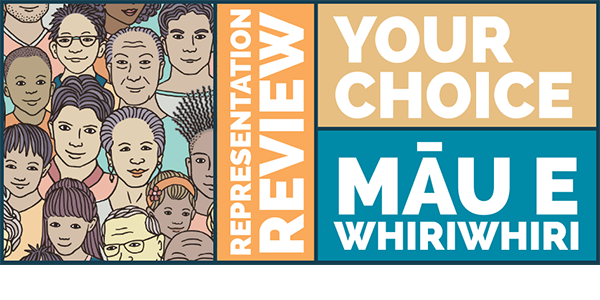 Calls by Māori sovereignty campaigners for special rights, even inequitable power-sharing, have become increasingly strident under the current government. Rotorua Lakes Council being a case in point. It is seeking legislative change to enable its preferred representation model to be adopted. Its preferred model is illegal because an equation in the Local Electoral Act means the number of people enrolled in the Māori roll in the district has a bearing on how many seats can be allocated. In seeking this change, the Council agreed “to affirm that voters on the Māori electoral roll should not be permanently locked into a minority and should have equal opportunity as those on the general roll to vote for a Council they consider will best represent their interests”.

Even though the Māori Electoral Population make up just 28% of the total electoral population in Rotorua, the Council’s preferred model leans towards Te Arawa’s preference, which is a 50/50 split of seats at the council table. The council’s preferred model would consist of three Māori ward seats, three general ward seats and four at-large councillor seats. The Bill, if passed in Parliament, would make this arrangement lawful.

Such a policy would give one community of interest primacy over other communities of interest in the Rotorua District, and is at odds with the cardinal democratic principle of political equality.

Despite Auckland Council already having a nine-member Independent Māori Statutory Board (IMSB) promoting Māori issues in Auckland and influencing council decisions, the Council has approached the Government for a legislation change to enable direct Māori representation, including the right to have a 'mana whenua' appointed member at the council table.

Originally, the Royal Commission on Auckland Governance recommended three Māori wards. However, former Minister of Local Government and ACT leader Rodney Hide decided against this recommendation, and under pressure from the then Minister of Māori Affairs Pita Sharples instead agreed to create the IMSB. Board members now sit with voting rights on most of Auckland committees, as well as on other steering groups and panels.

Currently, the Auckland Council is considering a proposal to establish three Māori seats in time for the 2025 local body elections.  This proposal is based on the recommendations of the Royal Commission. Under the proposal, one seat would be appointed by mana whenua, while the other two seats would be elected positions. However, those representing mātāwaka, who make up a large proportion of Māori in the Auckland region, are also pushing for the Council to allow them to appoint someone to specifically represent their interests too. Karen Wilson, chairwoman of the Te Ākitai Waiohua Iwi Authority, says that it was important that mana whenua and mātāwaka both have their say.

The Māori ward model is the only model currently available under existing legislation. It provides for members to be elected from a Māori ward where the number of members so elected is determined by a formula in the Local Electoral Act 2001 and relies on a definition of Māori Electoral Population (MEP) in the Electoral Act 1993 which is also used for Parliamentary electoral purposes. Under this formula, if the number of Auckland Council seats remain at 20, (the current limit under the supercity legislation) or even 21 or 22 if the law was amended, the council could introduce one Māori ward. Therefore, the three-seat model for Māori representation would require special legislation. As would lifting the seats above the current cap of 20.

Those on the Māori Electoral Roll for Auckland make up just 7% of the total electoral population. Lifting the seats available for Māori to three forfeits proportional representation and equal suffrage. Giving Māori voters disproportionate voting power is fundamentally undemocratic, and also discriminates against all other Auckland citizens who are on the General Roll.

Additionally, when questioned whether the Council would seek to disband the IMSB if Māori wards were introduced, Cr Angela Dalton replied that “the issue of the future of IMSB has not been broadly discussed with Councillors albeit a couple have questioned if there is a role for IMSB once Maori seats are introduced. In my opinion the IMSB hold a very different role to that of an elected member however I will be open to the debate that is held around this topic once it comes back to Councillors for discussion”.

Currently, the Council is undergoing consultation with local tribes and mātāwaka, (Māori who affiliate to iwi based in areas outside Auckland), to inform the Council’s future position on Māori representation.

There is no indication that the general public will be invited by council to have a say on this issue. But please don’t wait to be asked. Contact the Mayor and councillors to let them know your thoughts on this proposal.