In the past couple of weeks I’ve noticed a bit more commentary starting to appear about the behaviour of the media.

One of the often repeated charges is that the media is demonstrating bias in favour of the Government and against the various Opposition parties.

This may not be a popular view, but I think there has historically been a natural bias in the media, one that favours the left side of politics. I suspect it’s a hangover from the old Fleet Street days in the UK when members of the press traditionally came from and thus took the side of the working class

In the last couple of weeks we’ve seen the leader of the Opposition accusing TVNZ of bias against the Opposition parties. We’ve also seen journalists openly expressing their personal political opinions on Twitter. In the meantime, MediaWorks radio has continued the change that sees it’s talkback line-up reflect a more left-leaning makeup.

At the same time, we’re seeing increasing commentary about the Government role in funding the media. This has probably come about on the back of recent strong financial results at TVNZ and other media organisations that demonstrate the impact of the Government’s Covid-induced $55 million media support package and record levels of government-funded advertising, particularly around Covid-19 and the controversial three waters proposals.

In the last 15 months, we’ve seen a number of businesses fronting up to refund the wage subsidy.

For the media companies, the advertising revenue is a fair gain. But, in light of the recently published financial results of media companies, I wonder whether its timely to consider refunding some or all of the support package.

My reason for saying so is this. If there is any risk that the media is skewing their representation of the performance of government, then we are indeed on shaky ground. In fact I suggest that there is nothing quite as dangerous in any democracy as a media that is beholden to the Government.

And there is no doubt in my mind that this Government, as it lurches from clumsy mistakes to avoidable crises, is currently getting an easy ride from the majority of the media operators.

The organisation that publishes this newspaper is the closest we have to an exception.

Through the efforts of a number of radio broadcasters on Newstalk ZB and some of the print journalists and columnists in the New Zealand Herald and its affiliate publications, there is a semblance of a balance at least. 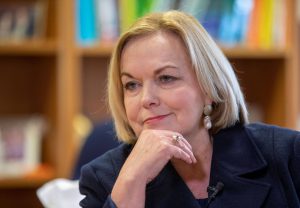 There are some right-wing opinions and of course there are some Government supporters in the mix too, and that’s okay. It’s about balance. However beyond that, I sense that the NZ media are letting us down. In particular the two television news channels are serving up sympathetic reportage, rather than proactive investigation, on a daily basis.

A free and independent press is a critically important foundation to any democracy.

Without it, governments can go unchecked and the rule of law will suffer. One only has to see the events in Hong Kong over the last two years to see the impact on a society where the influence of the press has been extinguished.

Sadly, our media does not appear to be as independent and free as we should prefer.

We seem to show a lot of photos of the Prime Minister smiling and the opposition leader frowning. As noted, our television news broadcasts are the worst offenders. We have developed a trend of sending the latest crop of bright young things, some fresh out of journalism school, out to report on what they see and hear.

When a prime minister — or any government minister for that matter — says something, the reporter’s job is not solely to report on what has been said. First you need to check the facts. If the facts are right, report it. If the facts are not right, ask why and find the truth. We need both sides of the story.

Have you noticed that our politicians have a couple of favourite answers to questions?

They’re either “exploring their options” or “looking into it”. A decent journalist would ask what those options might be or what they might be looking at. But we don’t. We let them move on to the next question. Off the hook, again.

Last year, the Prime Minister gave up her regular Monday morning slot on Newstalk ZB, one of the few media commitments where she was regularly and rightly grilled on matters relating to the Government’s performance.

She replaced that with a series of light-hearted romps around the music radio stations where she discusses everything but the performance of the Government and answers questions about what she had for breakfast and what she did on the weekend.

I recently spoke to a senior journalist based in Wellington. He is someone whose opinions and writing I respect. I asked why the questions from the press gallery didn’t seek to dig deeper into what are often flippant answers from our government ministers. He simply said the following; “If you are too tough, you don’t get invited back”.

What he meant was that those who are being selected to ask questions of ministers are those who ask the soft questions. If you want to ask tough questions, you don’t get invited to do so.

Some call this censorship of the press. I call it a denial of access. If the media is threatened with a lack of access, or in other words, if access is used as a negotiating tool or a bargaining chip, then we have a challenge to our democracy that is greater than anything we have had to previously consider. 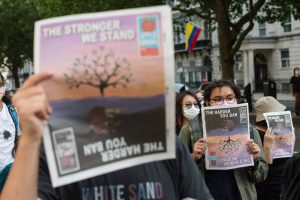 I was once the CEO of a media company. So I understand how hard it can be to challenge a government or a prime minister. In our case, such a challenge resulted in a court case against a former prime minister that went to the High Court, the Court of Appeal (twice) and the Privy Council in London.

The entire process was difficult, time consuming and very expensive. We won in every court. In the process we rewrote parts of the defamation law for the Commonwealth.

But that case wasn’t about defamation or even the former PM on the other side. That case was about ensuring that the press remained free.

The media must be free. Free to ask, question, challenge and investigate. Free to publish its findings. Free to hold governments to account. And not just governments.

Businesses, sporting organisations, and high profile personalities, all by virtue of their position in society, need to be held to an appropriate level of conduct and behaviour.

The glee with which the media reported misbehaviours at a law firm or shenanigans at a sporting organisation needs to be applied to our elected officials.

A quick look at the treatment dished out to the political elite by Sky News Australia highlights the inadequacy of our own journalistic inquiry and how accepting we Kiwi viewers and readers have become.

In a democracy it is very important that a government and indeed members across the political spectrum are able to get their messages out to the people in a way that provides a fair representation of their policies and their activities.

However, it is also equally important that the media question those policies and activities in a way that seeks greater clarity about what those policies are meant to achieve, and greater accountability in regard to their execution and effectiveness.

As Thomas Jefferson, the third President of the United States, once said: “No government ought to be without censors; and where the press is free no one ever will.”

This article first appeared in the New Zealand Herald on Saturday 11 September 2021.