This Bill introduces a radical change to the way in which local governance has been organised for more than 150 years, whereby all representatives are elected by, and are accountable to, the people of the region. Instead, this legislation guarantees the Ngāi Tahu iwi permanent seats at the Canterbury Regional Council table with the same decision-making powers as the elected members.

The Bill empowers Te Rūnanga o Ngāi Tahu, (the tribe’s governing body), to appoint two members to the Council - not necessarily to advocate for Māori generally but to represent the interests of the tribe as an entity – a body corporate under the Te Runanga o Ngai Tahu Act 1996. It is notable too that the bill specifies that the Ngāi Tahu appointed members will not be subject to a vote of the members of the Ngāi Tahu iwi, one of the reasons given being that this does not follow Ngāi Tahu customary practice.

This new arrangement would not affect the right of individual Ngāi Tahu members to stand for and vote in the democratic election of councillors, along with other citizens of the Canterbury region. As a result, members of Ngāi Tahu who live in the Canterbury region area will be represented twice – both by the person they vote for, and by those appointed by their tribal leaders.

The proposed makeup of the Canterbury Regional Council under the legislation

The Canterbury Regional Council (Ngāi Tahu Representation) Bill is not minor tinkering but is a major change to electoral law. It overturns the basic principle that our local councils are elected by the citizens of the region. Waimate District councillor Tom O’Connor:

“These are not Māori wards, (constituencies) which are open to anyone on the Māori electoral roll,” he said. “These are one subset of an iwi having power, not by vote – but by appointment. It’s outrageously undemocratic.”

This reaction has been echoed by South Canterbury Federated Farmers’ president Greg Anderson who told The Timaru Herald “It’s simply undemocratic,’’ he said. They’re not Māori wards, which is something different, but non-democratic appointees to the Ecan table.’’

Additionally, the bill makes it clear that this arrangement does not stop the creation of one or more Māori constituencies in the future, (cl.13). Rino Tirikatane, Labour MP for the Māori seat of Te Tai Tonga:

It is also noted that Ngāi Tahu are already formally providing input and influencing council decisions through a collective called Te Rōpū Tuia – a partnership body between Environment Canterbury and Ngāi Tahu. In addition, Ngai Tahu have two representatives on the council team - Tumu Taiao - whose purpose is to provide advice to Council in the interests of Ngai Tahu (“mana whenua”). These two are appointed to council, not by the council itself, but by the ten Papatipu Rūnanga (marae community) chairs of the Canterbury region. They have seats on most of the Council committees.

Unelected appointees would not have the same community obligations

All elected representatives, regardless of the area they are elected to represent, make the same declaration on coming into office - to act in the best interests of the whole district. The bill states that the Ngāi Tahu appointed members “have the same functions, responsibilities, rights, indemnities, and duties as elected members.” However, as the reason for the introduction of the Ngāi Tahu appointed members is to benefit the iwi, their representatives on council will prioritise the best interests of Ngāi Tahu - not the interests of the wider community.

Ngāi Tahu Priorities - Statements on the Ngāi Tahu website make it clear they are dedicated to ensuring resources in the region are used to create an inheritance for the future generations of its members:

“In the 21st century, Ngāi Tahu identity continues to evolve and adapt as it has always done. The responsibility of current generations is to honour the deeds and values of our tīpuna and to create an inheritance for future generations. Ngāi Tahu has a responsibility to be steward; to grow and use the resources we have fought to reclaim in order to achieve the culturally rich, boundless future our tīpuna dreamed we could achieve.”

Ngāi Tahu as both a political player and an economic corporation

Significant conflict-of-interest issues arise when the commercial interests of the South Island’s largest business, as Ngāi Tahu is, are brought into consideration. The tribe has farming, forestry, aquaculture, and tourism interests, commercial and residential property as well as extensive other business activities, (see diagram below), many of which are regulated by ECan. We would be alarmed at the thought of Fonterra being allowed to appoint members to a council responsible for setting policy around water and pollution, but Ngāi Tahu's dairy investments and ongoing land conversions put it in the same boat.

In order to protect the public from local body members working towards their own self-interest, elected members are subject to the Local Authorities (Members’ Interest) Act 1968 (the Act). According to the Auditor General, this helps protect the integrity of local authority decision-making by ensuring that people are not affected by personal motives when they participate in local authority decision-making and cannot use their position to obtain preferential access to contracts. Under the Act, a member cannot enter contracts with their local authority worth more than $25,000 in a financial year; or discuss or vote on matters before the authority in which they have a direct or indirect pecuniary interest, other than an interest in common with the public.

Therefore, this policy would make it impossible for the Ngāi Tahu appointed members to discuss, vote on or approve any contracts that affect Ngāi Tahu or any subsidiary, hapu or whanau organisation of Ngāi Tahu.

ECan consults with Ngāi Tahu, but not the rest of the community

While ECan worked closely with Papatipu Rūnanga and Te Rūnanga o Ngāi Tahu on this radical change to electoral law, they did not bother to seek a mandate or even consult with the wider community. Waimate councillor Tom O’Connor said ratepayers “did not even have an opportunity to express an opinion before the Bill was drafted or ECan made the decision to support it.”

“That is undemocratic pre-determination. ECan already has the ability to establish a Māori Ward, ideally with a public mandate, and have Māori representatives elected from the Māori electoral roll,” he said.

In the wider context, it must be noted that this bill is setting a precedent – a precedent which the Minister of Local Government is silent on as regards to whether similar legislation could apply more generally to councils across New Zealand. While Tirikatane claims this bill is a local solution for local issues, his colleague Paul Eagle (Labour—Rongotai) at the first reading of the bill said: “I want to just say it’s a good day because this really does set the benchmark for all local councils to look at how they enact the Treaty partnership. Fundamentally, it’s good for that reason alone.” This expectation is borne out at Auckland Council, which is also seeking legislation change to appoint a ‘mana whenua’ representative to council.

Have your say – make a submission.

Right now, there is an opportunity to provide feedback on the content of the Bill. The deadline is Tuesday 2 February.

You can read the Bill by clicking HERE.

The select committee process is open to all citizens of New Zealand. If you, like us, value our democracy and equal civil and political rights, please Make a submission calling for the bill be rejected.

You could highlight these important points:

You could also add a personalized message for why this is important to you, and the nation.

Submissions don’t have to be long and complicated when something simple will suffice, such as this example HERE.

Other actions you could take

Environment Canterbury, frequently abbreviated to ECan, is the promotional name for the Canterbury Regional Council. 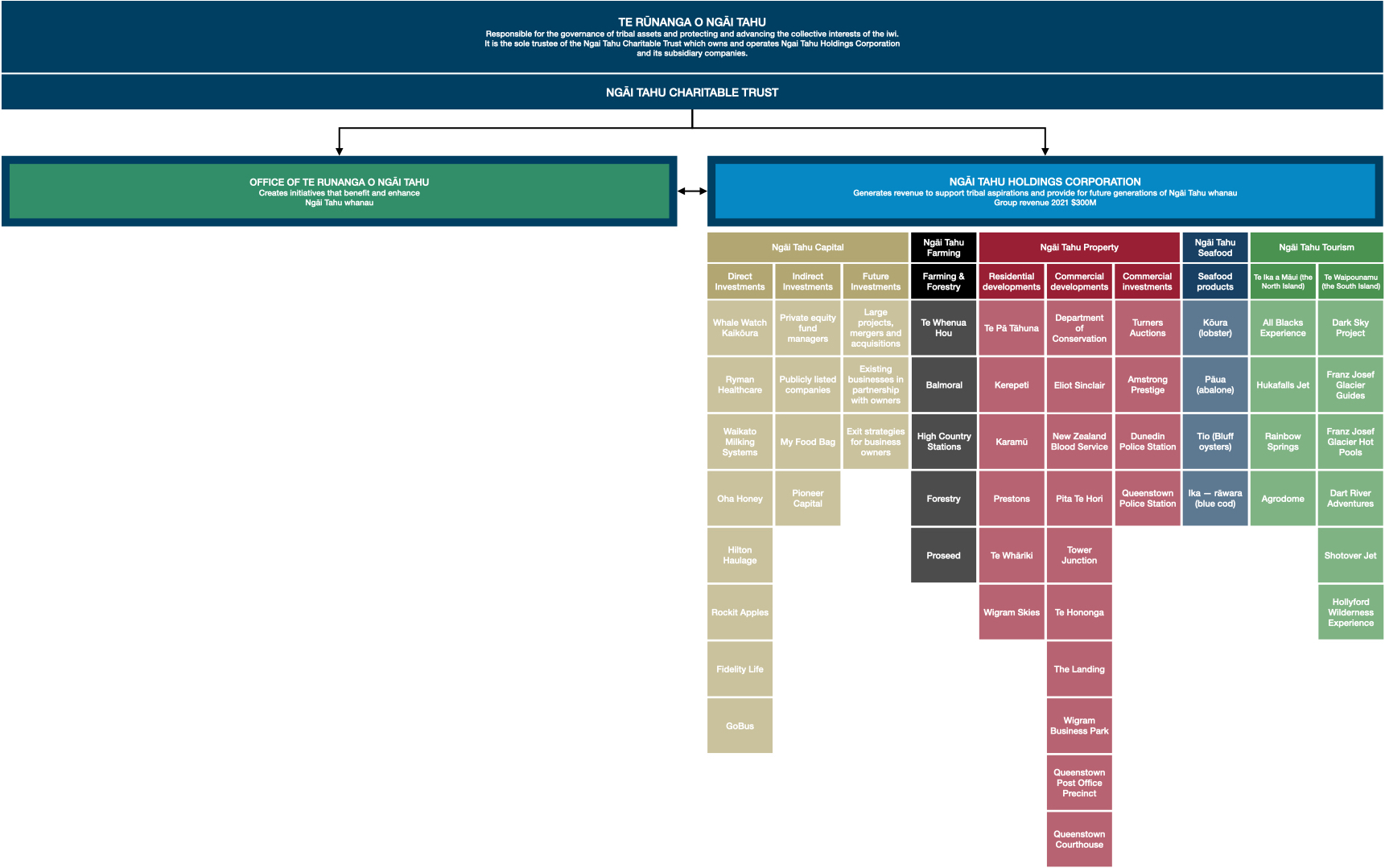 Point of Order: Oh dear – ECan has dug up a bad Bill (that was buried in 2019) to spare Ngai Tahu the bother of winning votes at the ballot box

Point of Order: Direct democracy is not the same as direct representation (a privilege intended for Ngai Tahu on Canterbury Regional Council)

Point of Order: Ngai Tahu man in Parliament champions Bill to bypass the ballot box for council seats (and says it’s not a special privilege)

Point of Order: Yes, Ngai Tahu could campaign for votes to win council seats – but why bother, if privilege is granted to let it bypass the ballot box?