A lot riding on making mātauranga Māori equal to science 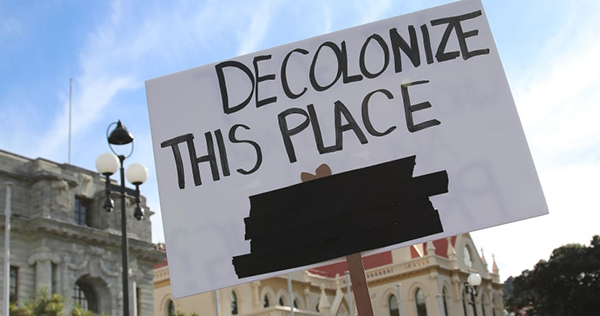 Changes are underway in the education system to achieve government policy of better reflecting the partnership between Māori and the Crown. One particularly contentious subject is the place of Mātauranga Māori in the school curriculum. However, Graham Adams in his commentary Follow the money: matauranga Maori and the millions at stake published at Point of Order, contends that the casting of Mātauranga Māori as equal to science in the NCEA science syllabus is only the tip of an iceberg.

Graham: “The NCEA syllabus represents just one small step in fulfilling a much wider co-governance programme based on a radical view of the Treaty as a 50:50 partnership between Maori and the Crown. For that reason, advocates of incorporating Maori knowledge into the science curriculum cannot afford to concede even an inch of ground to the professors and their supporters lest their stealthy revolution be undermined.”

Graham highlights the paper Te Pūtahitanga: A Tiriti–led Science-Policy Approach for Aotearoa New Zealand, which examines the interface between science and policymaking and calls for a policy approach that is enabled by, and responsive to, Te Tiriti o Waitangi and Mātauranga Māori. It is obvious this paper is influencing the project to gain parity for mātauranga Māori throughout science education and funding. However, the paper clearly promotes a policy that goes far beyond a “partnership” with the Crown. Te Pūtahitangi states:

“Being around the table in a partnership model on the mana of the Crown is not really tino rangatiratanga. We want them to lift out the resources and let us govern ourselves” — which Graham writes means to be “supported, but not governed, by the Crown.”

Te Pūtahitangi: “Article 3 of Te Tiriti means Māori must have access to resources to support levelling across the science system. One important resource is funding, so funding agencies should ensure policies are in place to allocate budgets for Māori-led research. These funding models should be based on Te Tiriti principles, rather than population proportionality within the broader workforce.”

A footnote to this paragraph indicates that a 50:50 split between Māori and non-Māori funding may not be enough either, with Graham voicing his opinion that it looks like punitive damages form a part of the programme. This idea is illustrated by research into Māori knowledge now being given pole position for highly contested grants. It has a research funding weighting of 3, up from 1 previously. As a result of the changes, some tertiary institutes will gain, and some will lose. You can read more about this in Graham’s full commentary at Point of Order HERE.

Several academics, authors and journalists around the world have also joined the discussion, the latest being this interesting comment by Emeritus Professor Jerry Coyne of  the Department of Ecology and Evolution at the University of Chicago: More from New Zealand, a nation whose science is circling the drain

Last October, the government also announced that it intends to revamp the nation’s Research, Science and Innovation framework while further consolidating the role of mātauranga Māori. The Te Ara Paerangi — Future Pathways Green Paper was presented as the first step in a wide-ranging consultation over science and research policy. Consultation on the paper is currently underway. The Ministry of Business, Innovation and Employment (MBIE) wants to hear from anyone in the broader research, science, and innovation system - whether a researcher, scientist, leader, manager, or user of the system. The deadline for feedback on the Green Paper is 2 March 2022